A provisional joint venture for two companies and a multidisciplinary project to design transport infrastructure.

Infrastructure in a plan to extend the east line of the Algiers Tramway from Fusillés Carrefour Ruisseau to Bir Maurad Rais. The terrain was irregularly shaped and opened onto two highways that bordered it and simultaneously defined the insertion into the city: the South Algiers Bypass, on the north-east side of Algiers and the RN01 on the south side.

The programme proposed was as follows: 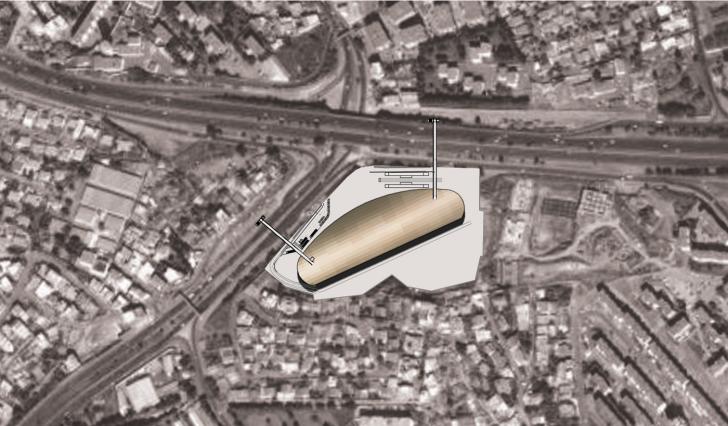 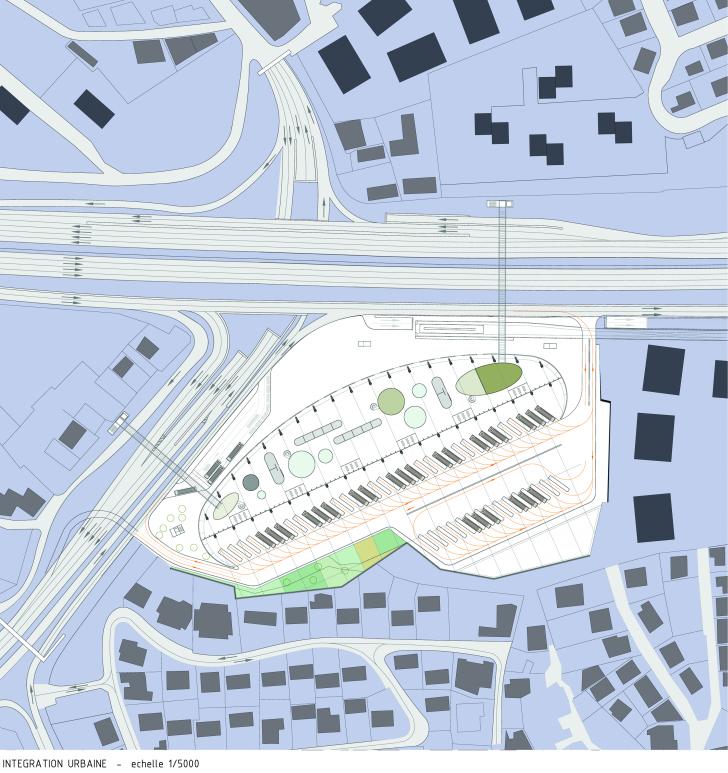 The covered and air-conditioned linear building was 232 m long, with variations in the centreline from 24 to 48 m. The outside gallery was designed for buses and maintained a length of 232 m and a width of 22 m. The height of the building was 15 m; it was set on a “pedestal” 1.5 m high.

The north façade was partially clad with copper tiles; the entire surface was complex and curved inward at the floor and arched vertically to become the roof of the building. The curvature of the roof-façade allowed the ceiling to reach a maximum clearance height of 13 metres.

The roof was designed as a grand metallic structure formed by lattice girders curved, with a thickness of approximately 2.50m and a separation of 12m. The girders were built-in at the lower and more curved end, the upper end is supported by a slim metallic pillar that was tilted and articulated at both ends. The struts and joints were deliberately made visual.

The purlins allowed the outer skin of the roof to be suspended under the bottom chord of the lattice girders. This double skin roof works well thermodynamically and lets the structure house technical equipment and installations.